Now I can’t pretend to be an X-Men expert, but I saw the most recent movie X-Men: Days of Future Past and loved it. Weirdly enough, I actually cried during that movie — more than I did with The Notebook.

I cried because I was incredibly moved by its themes. In a strange way, I could relate to the challenges the mutants faced: the challenge of being different. As Magneto put it, “Humanity has always feared what is different” — and therefore aims to extinguish it. Consequently, many mutants felt the need to withdraw and go into hiding.

** Spoiler alert: do not read the next 5 paragraphs if you don’t want the movie spoiled for you **

Central to the film was Professor Xavier’s identity crisis, as the younger version of himself struggled to come to terms with accepting his mutant ‘powers’ (telepathy: the ability to read and control minds). It was difficult for him to see his superhuman abilities as gifts; in fact, at the time it was excruciating.

Telepathy was excruciating for him because reading other people’s minds meant experiencing their pain firsthand; their pain became his pain. Rather than utilizing his superhuman abilities, he drowned them out using a serum which altered his DNA and temporarily removed his telepathy, silencing the ‘noise’ of other people’s thoughts.

The serum also restored his ability to walk (he was originally wheelchair bound), making him even more like an ordinary human being than a mutant. And it suited him fine: he would rather lose his unique abilities because they were also burdensome.

However, as the plot unfolds, young Professor Xavier learns that embracing his uniqueness is necessary for him to make a powerful difference in the way the future unfolds, and in helping other mutants embrace who they are and use their superhuman abilities for a greater good.

Although being different can be painful at times, he realizes that “It’s the greatest gift we have: to bear pain without breaking. And it’s born from the most human power: hope.” Enduring the pain that came with his special abilities was the only way to fulfill his greater purpose; he was unique by necessity.

AND WHAT ABOUT US?

How many times are we tempted to drown out our own differences? What we need to realize is that God made no mistake in giving us unique qualities: they, too, are necessary for accomplishing our greater purpose in His Bigger Plan. To say ‘no’ to what makes us unique is saying ‘no’ to the very way He wants us to accomplish His work.

You and I are unique by necessity. My dear friends, #DaretoBeDifferent

View all posts by Celine Diaz 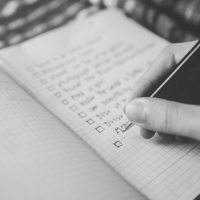 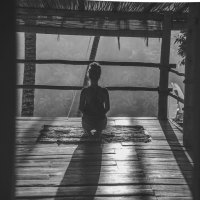